There was a time, not so long ago, when dropper post options were few and far between. That’s changed—particularly in the past year or two. Longtime players such as Crank Brothers, Fox, RockShox, Specialized, and Thompson have given their posts serious reboots. Moreover, just about everyone under the sun has decided now is the time to give this whole dropper post business a whirl. Ritchey, Raceface, and Shimano immediately are new players that come to mind, but there are smaller brands in the mix as well, including PNW Components.

PNW's latest offering, the Bachelor 150, is meant to go head to head with premium dropper posts. It only recently hit the market, though I’ve been riding this production version here for six months now. The Bachelor 150 retails for $380 USD. pnwcomponents.com 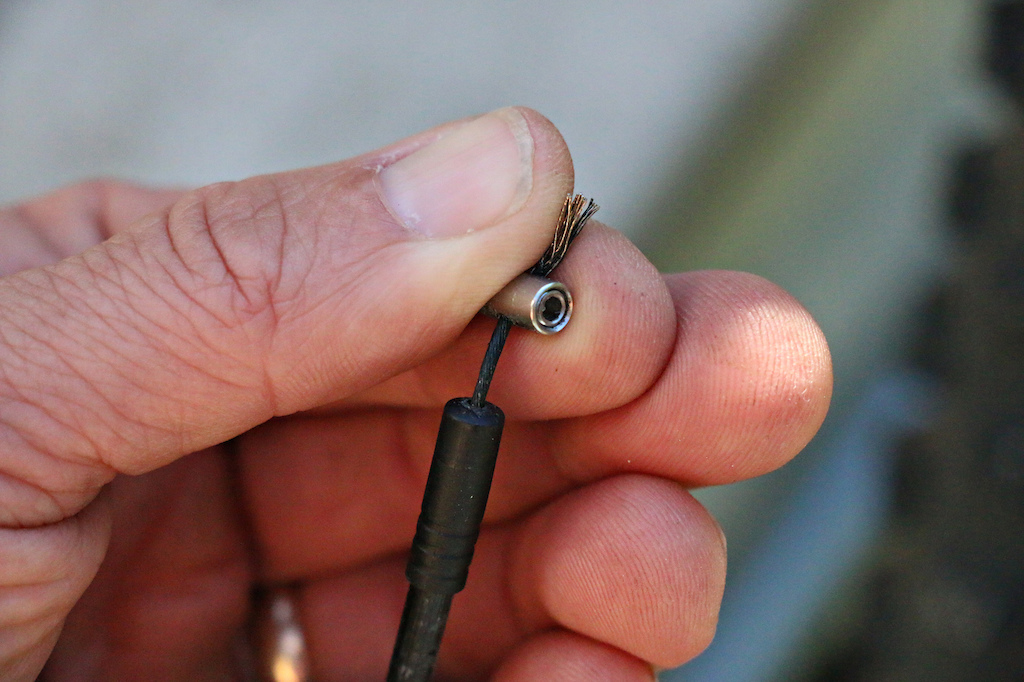 The Bachelor 150 uses a fairly standard derailleur cable and barrel nut setup to activate the post. And, yes, (since someone with OCD will surely point this out) I've trimmed that extra bit of frayed cable since I shot this photo. 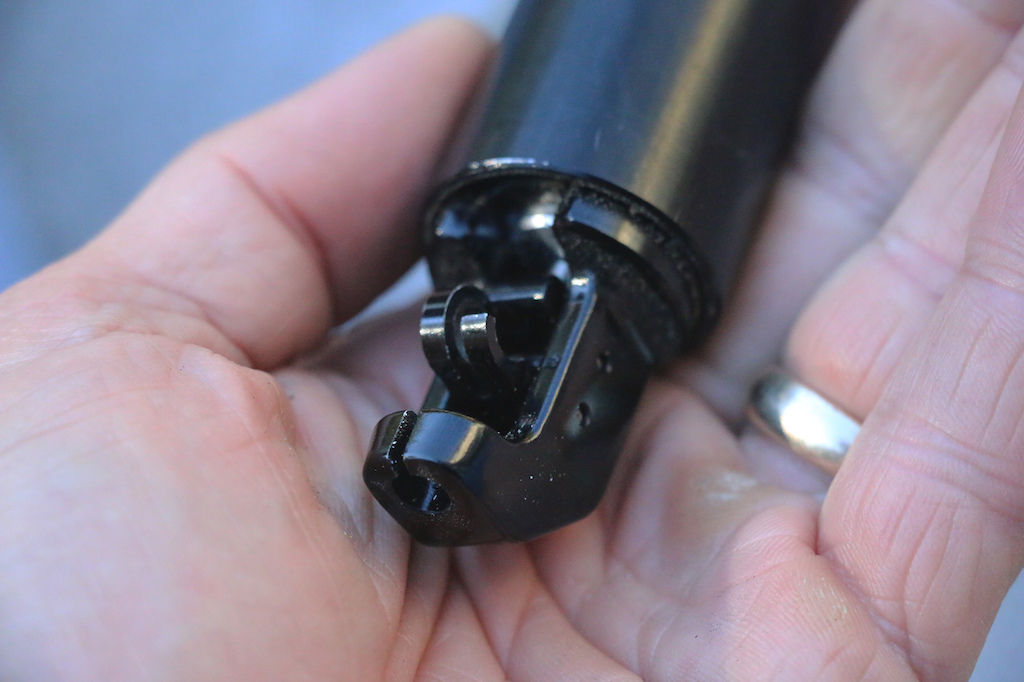 Setup is dead simple. The barrel nut slips into the slotted stop on the actuation arm. Removing and reinstalling the post is about as challenging as eating a ham sandwich.

No big surprise, the Bachelor 150 offers up 150 millimeters (six inches) of height adjustment. While it always feels silly to call a post with a static range of adjustment “infinite,” that’s the industry nomenclature so, yeah, this is an infinite-adjust post—you’re not stuck with choosing three or four pre-determined positions. Slam it, top it out or set it anywhere in between.

The post itself is constructed from 7075 aluminum and comes in either 30.9 or 31.6-millimeter diameters. Riders of steel hardtails will be bummed to hear that there isn’t currently a 27.2 model on tap and if you are running a frame with a bigger-than-31.6 seattube (such as an older Scott Genius), it’s time to buy a shim or get crafty with a can of beer a pair of tin snips. That said, 30.9 and 31.6 cover the bulk of aluminum and carbon frames out there.

If you’re running an older frame that hasn’t been properly Swiss-cheesed to accept internal dropper post lines, you’re shit out of luck here, as the Bachelor 150 is strictly stealth routed. 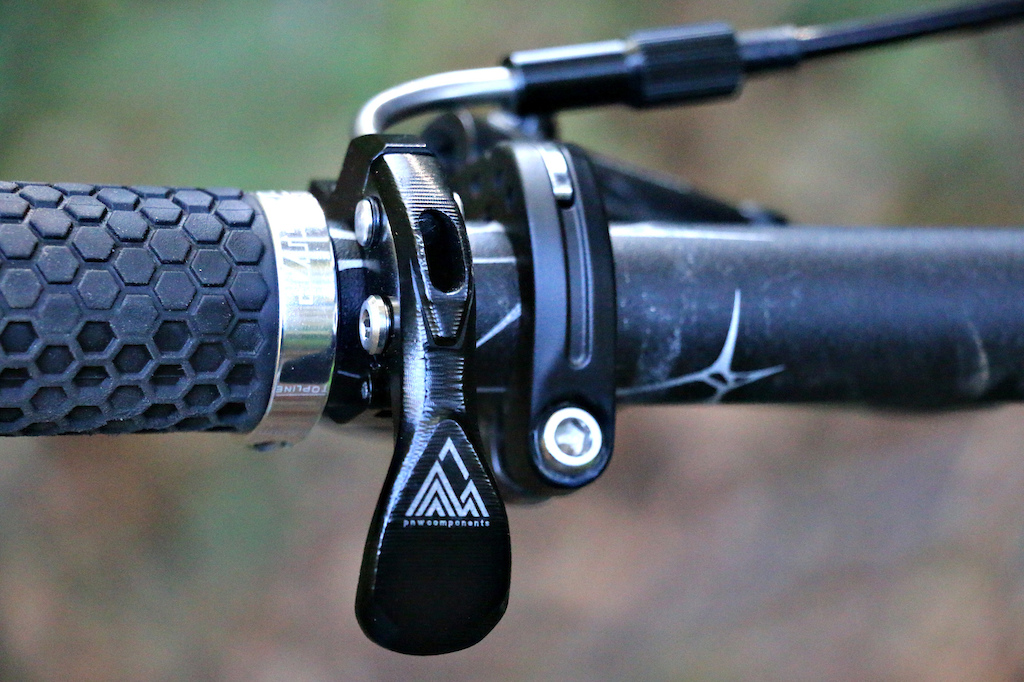 The Bachelor 150 comes with this machined, aluminum trigger. Ergonomics are better than average. While I prefer an under-the-bar, shifter-style trigger, this is still the best option for anyone running a front derailleur. 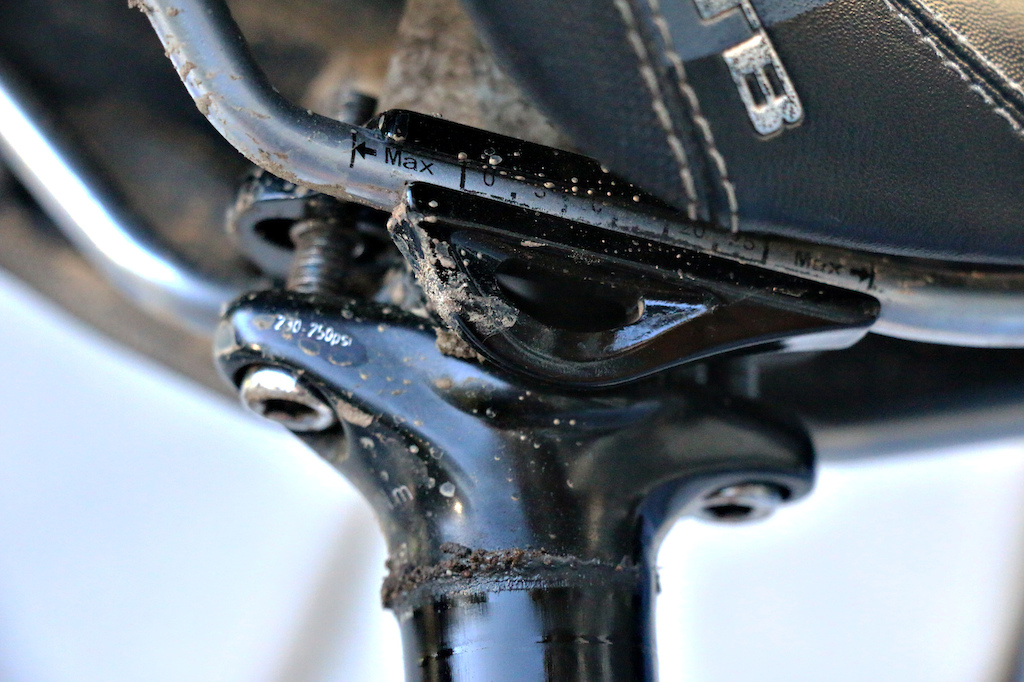 None of the silly, slipping creaking one-bolt nonsense on the Bachelor 150's head. It's standard two-bolt setup and it gives you zero headaches.

Getting the party started, as with all posts, is as simple as pushing the trigger. For its part, the trigger is a well-crafted bit of 7075. The ergonomics are above average—the clamp itself is a minimal affair, yet the trigger is large enough that you never lose seconds searching blindly for your target. I personally am a bigger fan of under-the-bar style triggers that mimic front derailleur shifters, but if you aren’t running a single-ring setup, this is a solid option. I did have to fuss a bit with the trigger’s noodle, which didn’t get on terribly well with my Shimano XT brake lever, but the hassle was minimal. When it comes to actuation, I’d rate the trigger something like a 7 or 8 out of a possible 10. It's not as light and silky a touch as, say, the KindShock LEV Integra trigger, but it’s easily on par with the best of the rest. There’s no slop in the lever, and you don’t feel like you’re going to sprain your thumb getting the post to obey your digit's every whim.

There’s very little play in the saddle. For comparison's sake, there's less wiggle than what you experience with a RockShox Reverb, but a hair more play than the KindShock LEV. If that comparison means nothing to you, put is this way: PNW uses a keyed slider system to prevent twist and slop, and it works well.

As with most hydraulic posts, finding your perfect saddle height at any given moment is a painless affair. The Bachelor 150 works flawlessly in that regard. In fact, this is going to be a fairly boring review because nothing went wrong. The biggest gripe I can drudge up is that whenever I activated the post for the first time of each ride, it would inexplicably stop about a half inch from the top. I’d push the trigger again and it would go right to the top. From the point forward, it’d go straight to the top of the stroke whenever I pushed the trigger. This happened on every ride for the duration of the six-month test. First push of the trigger? Meh. Every push after that? Brilliant. PNW Components speculated that the test sample might simply need a bit more lube. Who knows. It was like that right out of the box and didn't feel notchy or slow anywhere else in the stroke or at any other point during the ride. I didn’t lose any sleep over it since the post would work perfectly on every ride after its first actuation, but since it happened on my watch, I’m writing about it.

If you’re a fan of a saddle that tops out in nano seconds flat, you might find the return rate on the Bachelor 150 less-than-satisfying. It’s not slow, mind you. In fact, I’m a fan of my gonads and wouldn’t want the saddle coming up any quicker than the Bachelor manages at top speed (which you can also adjust with the air-preload). But if you are all about posts that zoom back to their peak position with a satisfying crashing noise, I suppose you might find this one lacking in that regard. To each their own. It is a bit of a drag that you need to remove the seat in order to access the Schrader valve and change preload air pressure, though I was able to get four months of riding out of the post before I felt the need to actually take off my saddle and top off that preload air spring.

Durability has been excellent. The post hasn’t given me a bit of grief. If its hydraulic cartridge does, in fact, shit the bed, you can easily swap it for a new one. Replacement cartridges run $150 USD. As for weight, at 565 grams, the Bachelor 150 is, again, competitive with the better options out there. 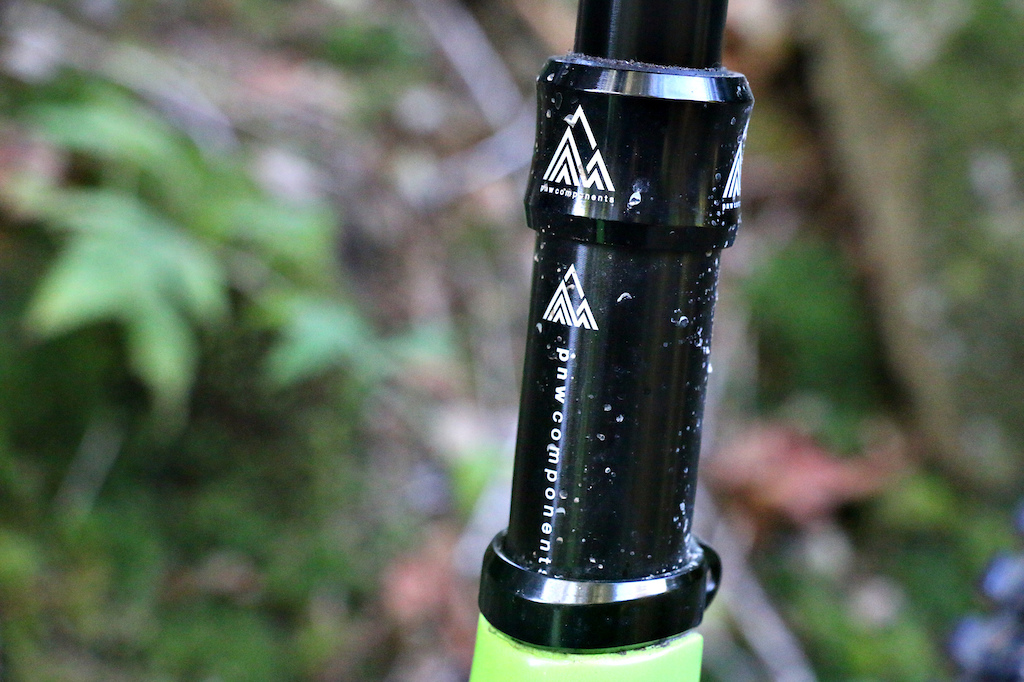